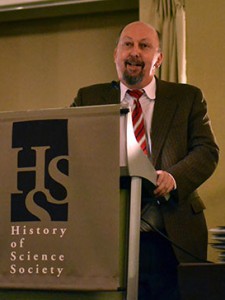 Warwick Anderson was inducted last week to the newly formed Australian Academy of Health and Medical Sciences (AAHMS), which was established in June 2014 as the fifth learned academy in Australia dedicated to promoting excellence in health and medical science research. Professor Anderson was recognised by the prestigious Academy for his continued research on medical history, most notably in tracing ideas around immunological tolerance and surveillance since World War II.